All rigs and equipment are manufactured to the highest standards of safety and production, as well as encompassing innovative design to help minimise environmental impact. We select equipment based on its ability to produce the best service, production and sample possible to achieve the right targets for our clients.

Our TD110 skid mounted Drill is compact yet powerful and has been purpose built for heli-lifting. It can be flown in as 2 x 1100kg loads, making it possible to transport the rig into hard to access areas. It is capable of drilling horizontal/incline and decline angles. The drill’s hydraulic powerpack is contained as a separate module thus allowing diversity in site setup. The TD110 Heli-portable Drill is a versatile rig delivering big on performance but small on footprint. 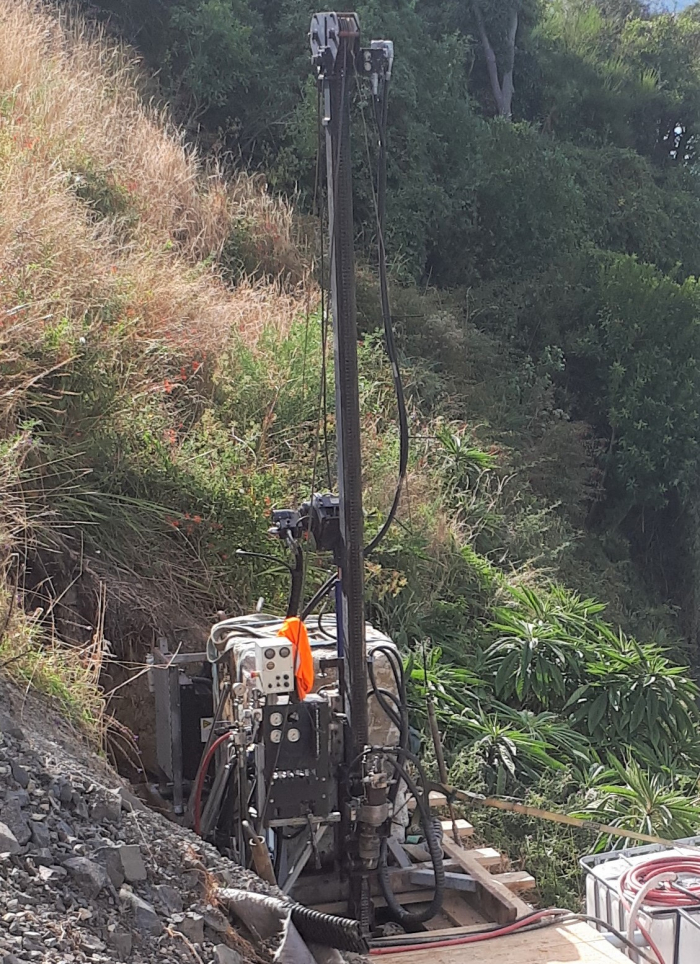